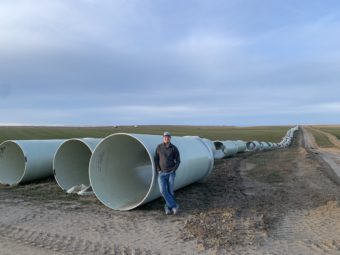 On January 28, 2021, the $47 million East Project pumpstation and main supply pipeline; constructed, owned and operated by the East Improvement District (EID) received confirmation from the Oregon Water Resources Department that it had met all grant reporting deliverables and the project is officially complete.  The East Project and the $31 Million West Project, completed by Columbia Improvement District in May of 2020, will be on-line and operational for the full 2021 irrigation season.  Together, the projects represent $77 million in Columbia River pumpstation and mainline investment for the region since 2015 when the Oregon Legislature approved $11 million in state grant funding to support the Columbia River water supply effort.  In addition to the $78 million in pump station and mainline projects (components included in the grant scope of work) local governments and private landowners have expended an additional $39 million to date on supply & distribution lines as well as water rights management, administrative costs and development of a groundwater savings program.

“The 6-year total for these projects represents over $116 million in water supply investment for our region and counting,” stated J.R. Cook, Director of the Northeast Oregon Water Association (NOWA) who spearheaded initial negotiations on these projects back in 2011.  “$11 million of the total is state funding, the remaining $105 million, greater than 90% of the resources needed, came from our local food producers and landowners.  Local counties, cities, ports and private businesses contributed an additional $750,000 to NOWA to administer mitigation negotiations and coordinate with the state & federal agencies and multiple interest groups to ensure these projects were completed.”  The region has put significant skin in the game to fix the State of Oregon’s over-appropriation issues and build a pathway to long-term environmental improvement and economic sustainability in the Morrow County/Umatilla County Region.” 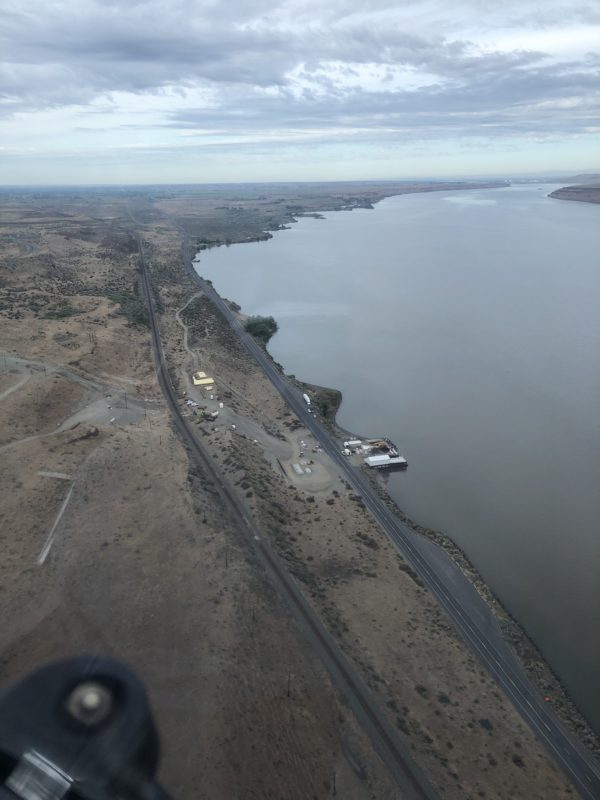 “The East Project was truly a monumental effort in terms of engineering, funding, state & Federal coordination and local administration,” stated Carl St. Hilaire, Chair of the East Improvement District and President of JSH Farms.  “The West Project was also large but had an existing District [Columbia Improvement District] who had been formed and operational for decades and already owned a Columbia River pumpstation, mainline easements and Federal easement in their name on the Columbia River to work with.  To meet State grant requirements, we had to form a new District while simultaneously working with the Federal Government to complete an easement name change, Federal land swap and Federal in-water work permit just to be able to build the project within the time granted to us by the Oregon Water Resources Department.  To see so many private landowners work together to ensure that this project did not fail, when it could have so many times, is truly a testament to the commitment of this Basin to help each other and help prepare our future generations for success.  We are thankful for OWRD’s willingness to work with us on grant extensions, etc. through the Covid pandemic and other unforeseen issues that required more time to complete the project.  We are hopeful that the State of Oregon and OWRD can learn some things from our regional projects on how they can make large scale infrastructure investments easier and more flexible as other needs come along.”

“We have lived and breathed these projects for the past 8 years of our lives,” said Jake Madison, Chair of NOWA and President of Madison Ranches, Inc.  “The commitment of our region and so many throughout the chain of state and Federal leadership have led to a true Mid-Columbia renaissance for future water sustainability.  While we are not there yet, we have two of three key cornerstone projects in place that give us the chance to succeed and implement our vision.”

In addition to the support of legislators whose districts include the projects and significant support from both Umatilla County and Morrow County commissioners, NOWA and EID confirmed that the East Project could not have been completed without the strong leadership of both Senator Ron Wyden and State Senator Betsy Johnson (D-District 16- Scappoose).

Senator Ron Wyden was instrumental in ensuring that the Federal components of the project were completed in a timely and efficient manner, specifically the unforeseen federal land swap and federal permitting associated with the Columbia River pump station that was triggered after EID was informed by OWRD that they must own the entire pump station works to comply with state grant requirements.

“I’m glad to have teamed up with Oregon ag producers in Umatilla and Morrow counties to help them get through a robust federal process that improves water systems and reduces impacts to depleted groundwater.  The East Project marks a big win for rural Oregon agriculture, with significant gains such as habitat protections and modern fish screens for salmon and steelhead,” Stated Senator Wyden (D-OR).  “Two clear takeaways from this process are that 1) Nobody should ever count out our state’s farmers and ranchers when it comes to dealing with drought and climate change. And 2) I’ll always stay committed to working on soil health policy and climate solutions that bring Oregon farmers and ranchers to the table and acknowledge innovative practices in reducing energy use and increasing carbon sequestration.”

“We couldn’t have completed all of the steps without strong bi-partisan support at the Federal and State level,” stated J.R. Cook.  “The one constant for our projects and long-term plan has been the support of Senator Betsy Johnson.  The Basin owes a great debt to Senator Johnson for believing in our region and our projects.

“It’s incredible to me how hard the Umatilla Basin food producers have had to work just to fix the problems that the State of Oregon originally created with past water management practices.” Stated Senator Johnson (D-District 16-Scappoose).  “The Basin has done its part. They continue to make significant private investments in infrastructure. It’s time the State of Oregon  lives up to its end of the bargain and gets them long-term Columbia River mitigation water.  This is how we help our economy and environment.  This project is a remarkable first step. Let’s finish what we’ve started and be the reliable partner NOWA and these Eastern Oregon communities deserve.”

“Senator Johnson’s commitment to helping our region prove we can fix our problems and her sheer tenacity to see this through all of the forks in the road in Salem not just these past 6 years but the 10 years before that it took to get us to construction will never be forgotten by those of us that have worked on these projects,” stated Cook.

“We are doing what we said we would do,” Stated Madison.  “We hope that the State can come to some form of memorialized partnership with us so that the Basin can use these projects to fix our problems and sustain the economy and environment long term.  We can’t do it alone.”