A longtime banking executive has joined Umatilla Electric as Vice President of Finance and Rates, a newly created position at the Hermiston-based cooperative. 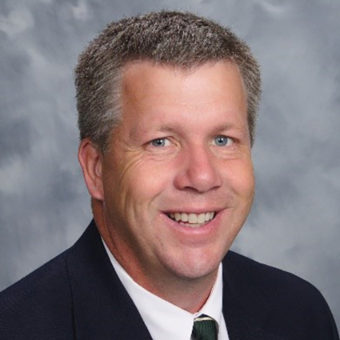 Donner began his career in 1991 as a credit analyst at St. Paul Bank for Cooperatives in Minnesota, working with rural infrastructure borrowers in the Midwest. After that bank merged with CoBank in 1999, Donner worked with borrowers in the telecommunications industry as a relationship manager before changing his focus to electric distribution cooperatives in 2011.

Over the past 10 years, he has worked with cooperatives in 15 states and most recently managed a loan portfolio with balances in excess of $825 million.

“John’s banking background, his knowledge of electric cooperatives and the relationships he has built during his career make him a welcomed asset to our Cooperative,” said Robert Echenrode, UEC General Manager and CEO. “We will be leaning heavily on John’s skills to help guide our power purchasing strategy.’’

John holds a bachelor’s degree in economics from St. John’s University in Collegeville, Minn., and an MBA from the University of Rochester in New York. In his spare time, he is an avid hunter and outdoorsman.

“Umatilla Electric Cooperative is an innovative, rapidly growing, and financially strong organization,” Donner said. “I am thrilled to be given the opportunity to move to Oregon, join the team at UEC and begin the next chapter of my professional career.”